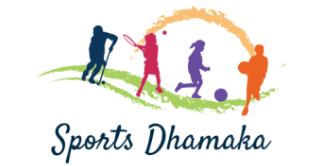 On the other hand, the likes of Ember Moon, Kairi Sane, Nikki Cross, Shayna Baszler and others have been leading the NXT Women’s Division with an example.

The heart of the matter
The current NXT roster is filled with some of the most outstanding wrestlers of all time, who offer a variety of different techniques. While interacting in a recent NXT conference call, “The Game” Triple H spoke about the Superstars he has been most impressed with so far.

Hunter believes that in the present day NXT roster several superstars have already made a lot of improvements, not just in terms of in-ring psychology, but with confidence and mentality of the business as well.

However, in addition, Triple H did point out the likes of Adam Cole, Lars Sullivan, and Velveteen Dream and claimed that he has been hugely impressed with these aforementioned superstars. Triple H also praised current NXT Women’s Champion Ember Moon and her TakeOver: New Orleans challenger Shayna Baszler.

As per mentioned by Triple H, the likes of Lars Sullivan, Adam Cole, and Ember Moon are certainly some of the most outstanding superstars in today’s NXT roster and I believe they are destined to achieve greatness in the WWE.